We would like to offer our sincere support to anyone coping with grief. Enter your email below for our complimentary daily grief messages. Messages run for up to one year and you can stop at any time. Your email will not be used for any other purpose.

Share a memory
Obituary & Services
Tribute Wall
Read more about the life story of Barry and share your memory.

Barry Alan Colbert, 73, passed away Saturday, January 14, 2023 at home under the care of Hospice of South Georgia, Inc.

A resident of Jesup for the past twenty-eight years, Barry was born on October 18, 1949 in Petaluma, California to the late John Curtis and Katherine Putnam Colbert.  He moved around quite frequently in his younger years as his father served his country in the United States Air Force settling for a short time in Murphysboro, Tennessee during his teenage years.  While living here, Barry met the love of his life, the former, Judy Ann Rodden.  The two were high school sweethearts and have been together for over fifty-three years.  Barry followed his father’s footsteps, also joining the United States Airforce where he worked closely with the United States Army throughout his Airforce career as a Forward Air Controller and Tactical Air Control Party.  He served in numerous duty stations throughout his twenty-six year career including military installations in Anchorage and Fairbanks, Alaska, Fayetteville, North Carolina, Hinesville, Georgia, two tours in Korea, and Saudi Arabia during Desert Storm.  He retired to Jesup, Georgia in 1994 where he adopted a slower pace of life, devoting his time to tinkering with things around the house using his own creative engineering strategies.  Barry enjoyed camping, fishing and skiing, both water and snow.  He also enjoyed riding motorcycles and looked forward to purchasing his weekly lottery tickets by carefully planning what he would do with the proceeds when he won.  In addition to his parents, his son-in-law, Christopher Titus Morrison, preceded him in death.

Memorial services will be private.

To send flowers to the family or plant a tree in memory of Barry Alan Colbert, please visit our floral store. 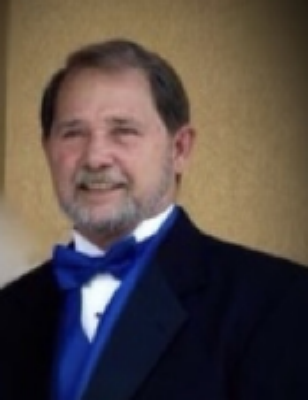 In Loving Memory Of

Look inside to read what others
have shared
Family and friends are coming together online to create a special keepsake. Every memory left on the online obituary will be automatically included in the book.

In Loving Memory Of

Look inside to read what others have shared

Family and friends are coming together online to create a special keepsake. Every memory left on the online obituary will be automatically included in the book.

You can still show your support by sending flowers directly to the family, or by planting a memorial tree in the memory of Barry Alan Colbert